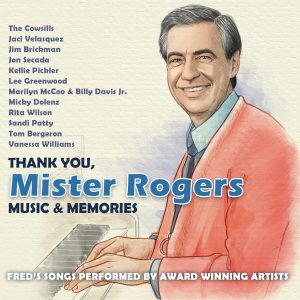 Thank You Mister Rogers: Music & Memories is a tribute to the incomparable Fred Rogers. Featuring twelve of the over 200 songs that Rogers wrote during his lifetime and performed by a wide variety of stars from yesterday and today, this album is filled with nostalgia for those who spent their formative years wishing they could visit that most famous of neighborhoods.  “Some Things I Don’t Understand” was originally performed by Mister Rogers in episode 1101: Death of a Goldfish (1970). During the episode, Mister Rogers discovers that one of his goldfish has died. Throughout the episode, he demonstrates ways to deal with grief including acknowledging that it is ok to be sad, and the importance of sharing happy memories of those you lose. The episode concludes with “Some Things I Don’t Understand” which emphasizes the importance of talking about your feelings when you are happy, sad, mad, or just don’t understand.

This new version of “Some Things I Don’t Understand” is performed by Tom Bergeron. Initially Bergeron, the former host of America’s Funniest Home Videos and current host of Dancing with the Stars, was brought on board as the host and narrator of the project that included music and interviews with fans of Mister Rogers. However, with so many artists interested in participating in the project, it soon turned into a full-length musical tribute album. Luckily, it turns out that in addition to his hosting skills, Bergeron also is a delightful crooner. 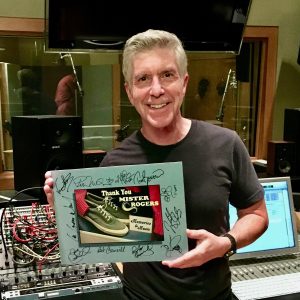 Originally performed with much gravitas by Fred Rogers, Bergeron’s version of “Some Things I Don’t Understand” maintains all of the original lyrics but is given an updated jazzy feel that still treats the wonderances seriously, while giving them a more lighthearted melody to be posed against. Bergeron sets the perfect tone of a child’s inquisitive mind with his lively lyrics that move from topic to topic, but much like Mister Rogers, never just gives us the answers. “Some Things I Don’t Understand” also includes a rather impressive whistling solo by Bergeron. As the album’s producer, Dennis Scott, tells it, “I learned that not only did Tom enjoy singing, but he is an outstanding whistler. So at the session we tried having him do a jazz flavored whistling solo. Everyone liked it so much that it became the centerpiece of the song. ”

Thank you Mister Rogers, and thank you Tom Bergeron for giving us this wonderful tune. Please take a listen to “Some Things I Don’t Understand” below. Thank You Mister Rogers: Music & Memories is out this Friday, October 25. Watch a preview for the album here. To learn more about the project, or to share a memory of Mister Rogers, visit www.thankyoumisterrogers.com.