In the public library realm of program planning, there are two seasons of programming – all of the programs that we do during the school year, and all the programs we do during summer reading. As our summer reading programs are winding down, I thought it was a good time to turn our attention specifically to storytimes. Many libraries do continuous storytimes, never taking a break (my hat is off to you, that takes a special level of energy and enthusiasm) while others take occasional breaks (often in August, December, and May) for program planning and rejuvenation. No matter where you are in the planning process, here are two new albums featuring songs perfect for use during storytimes. 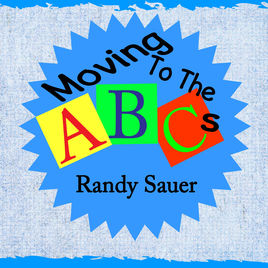 The first album is Moving to the ABCs from Kansas-based Jammin’ Randy. Clocking in at almost 75 minutes, this album features 26 songs – one for each letter of the alphabet – with titles ranging from “Awesome Alphabet Rap” to “Zany Zebra.” Jammin’ Randy performs this collection of all original songs with just his solo voice set against simple melodies that children will find easy to follow along with. Many of the songs encourage participation either through movement or echo/repeat in the lyrics. Clear instructions to perform various actions like stomp, clap, hop, jump and count to four are given on songs such as “Clap Your Hands,” “Penguin Hop,” “Wiggle Wiggle Waggle,” and the “Egg Shaker Dance.” Additional movements include move to the front, the back, the left, and the right. All movements are developmentally appropriate for the target age group and are set at a pace that most preschoolers will be able to follow with little difficulty. Jammin’ Randy, or Randy Sauer as he is known in his every day life, let’s his experience as a K-6 music teacher shine in the lesson plans that he provides for this album. For each song, he provides suggested art, music and physical education activities making the songs easy to incorporate into the storytime planning process. For more information, or to check out the lesson plans, visit www.jamminrandy.com. 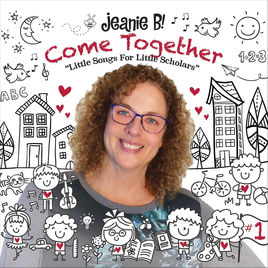 The second album is from Chicagoland-based Jeanie B! Jeanie B! & the Jelly Beans released the album I Love Music this year, but it is Jeanie B!’s solo album, Come Together that I would like to highlight. This album is split into two parts. The first part is “Come Together Songs” and the second, “Classroom Transitional Songs.” Thirteen of the fourteen songs in the first part are Jeanie B! originals. It is clear that she knows her audience because the songs all range in length from 1 to 2.5 minutes, making them perfect for storytimes. Several of the tracks are beautiful songs about nature that are just lovely to listen to, including “How Do You Build a Nest” and “I’m a Little Butterfly.” The rest of the tracks in this section of the album are very interactive including “If I Was An Ant” which gets kids snapping, clapping, and stomping, “Marching On My Feet” which highlights various body parts and “5 Little Pieces of Bubble Gum” which gets kids counting down from five to none. Additional songs include “Mary Had a Little Farm” during which children are encouraged to make the sounds of a variety of animals and “Zim Zamma Zoom” a fun call and response tune. The second part of the album would work best in a preschool environment with song breaks averaging around 30 seconds and covering topics from “Time To Wash Hands” to “Snack Time” and “Right Hand On The Rail.” Jeanie B!’s live shows are always a lot of fun and a real hit with the preschool set. If you find her performing in your area, make sure to check it out. For more information about Jeanie B! and all of her music, visit www.jeaniebmusic.com.

Just before the July 4th holiday I reviewed Andy Z’s new album, Camp Andyland. Now, just a little over a week later comes a brand new video for “Camping Song,” the seventh track on the album.

This video features live versions of Andy Z. (with guitar) and two teen campers inside the animated world of Camp Andyland. Throughout the song, especially during the chorus, the campers do movements that go along with the lyrics to create interactive moments for the viewers. Well-executed, animated characters from Camp Andyland seamlessly interact with Andy and the campers adding to the overall whimsical feel. This video for “Camping Song” is the perfect complement to the upbeat fun of the track. Enjoy (but watch out for those banana slugs)!

Summer is the time of year when kids start heading off to camp. For some it’s overnight camp, for some day camp, and for others camp for just a weekend. For those hanging out at home this summer, there’s a new fictional camp filled with musical adventures just waiting for them. 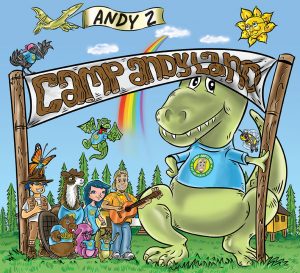 Camp Andyland  is the newest entry in the Andyland series from Andy Z (aka Andreas Zamenes). At Camp Andyland, campers/listeners are welcomed to camp, then treated to a delightful array of songs filled with fun lyrics that will make campers singalong. Each of the original songs tells a story that is packed with information wrapped in beautiful melodies like “Butterfly” and upbeat romps like “Drink More Water.” Throughout their time at Camp Andyland, listeners are invited to go stargazing in “Galaxy Song,” join in the hijinx in the “Pirate Song” and imagine what it would be like if “I Went to a Party with Dinosaurs.” While at camp, they enjoy old favorites like “Sticky Bubblegum” and “Row Your Boat” while learning new nature songs about “Squirrely Squirrel,” “Bizzy Bee,” and “La Araña Pequenita.”

Camp Andyland is a true joy from beginning to end. And speaking of end, I love that Andy Z carried the theme of the album all the way through to the details on the back of the CD packaging, including not just a song list, but a Camp Andyland Roster , a schedule of the day’s events while at camp and even emergency numbers for the Vet (555-PAWZ) and the Dino Doctor (555-RAWR).

Check out the video for “Drink More Water” below. I never thought that a song about the need to drink more water throughout the day would be catchy and fun to sing, but this song definitely proved me wrong! (Love the movements that would make this an easy addition to a program!!)