Be Mindful with These New Albums

There are so many great things about being a kid including the freedom to run, to explore, and let your imagination run wild. But there are lots of hard things about being a kid too, not the least of which is being filled with emotions from the highest highs to the lowest lows and not knowing how to handle them. This can make everyday life difficult under normal circumstances and almost stifling during overwhelming events like a pandemic. That is why I’m highlighting two albums this week – one to help children express how they are feeling and another to help them find a calm, peaceful place inside themselves. 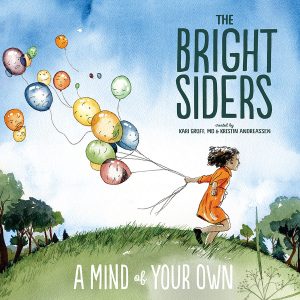 A Mind of Your Own by The Bright Siders is the result of a musical collaboration between child psychiatrist Kari Goff, M.D. and Americana songwriter Kristin Andreassen and released by Smithsonian Folkways Recordings. The ten original songs on this album feature a talented group of guest stars including The War and Treaty on the opening track, “The Song About Songs” which explores all the reasons why people sing songs, Oh Pep! on the retro pop “You Do You” about being yourself because you’re cool just the way you are, and Kaia Kater on the country vibe “Forever Friends” that acknowledges how difficult it is to move and make new friends while still holding your old life in your heart. The remaining songs on the album explore what to do with feelings of anger and sadness and how to deal with being bullied. Even though the songs cover a variety of musical genres, they work well together with the exception of “Bully This” which has an aggressive punk feel to it. While this works well as a single and perfectly pairs with the empowering message of standing up to a bully, the tone is jarring when listening to the album in its entirety. Skits are sprinkled throughout the album as lead-ins to many of the songs and follow-up extension activities called “Try this at home…” are included in the liner notes. A Mind of Your Own‘s overarching message of acknowledging your feelings and dealing with them in a constructive manner is one that we all need to hear, no matter what our age. 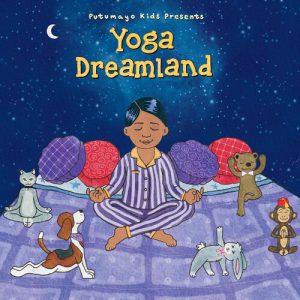 Follow up the music of The Bright Siders with the nine quiet, gentle tracks of Yoga Dreamland from Putumayo Kids.  Created by musician and yoga instructor Seán Johnson and Putumayo founder Dan Storper, this collection features beautiful music from around the world including songs from India, Senegal, Poland, Japan, and Ireland as well as a Latin American lullaby and a Tibeten meditative piece. With songs ranging in length from 2:oo minutes to 5:30 minutes listeners can pick and choose which tune best fits their needs. A 24-page booklet accompanies the album and showcases children doing a variety of simple yoga poses that will help to prepare their minds and bodies for bed. Yoga Dreamland is set to be released on March 5. Join Yoga Dreamland co-curator Seán Johnson on March 13 at 7:00 pm ET for a special Facebook live yoga event (https://www.facebook.com/Putumayo) for children and their families to celebrate the release of the album.