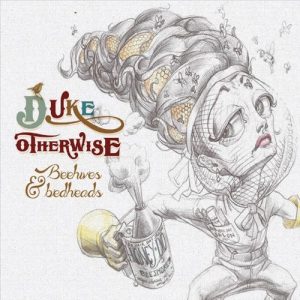 Wisconsin based Duke Otherwise, or Noah Riemer as he is commonly known, returns with another successful, off the wall outing. All twelve of the original songs on this album are filled with fun, imaginative word play set to melodies that will keep listeners thoroughly engaged. While some of the topics are just plain silly like a dancing pig, what your nose and ears would be like if you lived a thousand years, and poor Kitty Wampus, the school bus driver who is always getting lost, others have enough of a grain of truth to them to make them relatable. Little boys who are at the stage where taking a bath is a horrible thought will love all but the ending of “So Good at Smelling Bad” about a boy who hasn’t taken a bath in five years while both parents and children will enjoy the song “Don’t Say What Daddy Says,” which talks about the times in life when Daddy may say a bad or mean word but ends with the important lesson that children shouldn’t repeat those same words. Most of the songs have upbeat tempos that keep things moving along, like “What Kind of Hairdo Do You Do?” which mentions over 30 different hairstyles from the beehive to a comb-over to a Princess Leia all in under two minutes. No matter the subject of the songs, Riemer’s rich baritone always conveys the lyrics clearly while supported by various combinations of instruments covering a variety of musical genres. This is a great album for family listening but could also be used in the classroom as an example of how to take every day situations and make them fun and silly.

Note: I have seen Duke Otherwise perform. It’s a fantastic, fun, interactive show that also contains some awesome tap dancing. Well worth taking a look if you’re ever in the Midwest and can catch a show.