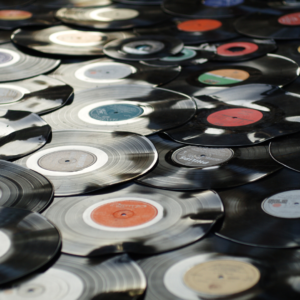 GRAMMY season is upon us! For those of us who love listening to music, the season is just a few short weeks between the announcement of the nominees and the awards show. For those who make the music, the season is months in the making but the road to the nomination is much, much longer than that. Many artists spend weeks, and for some, possibly years, planning, writing, and creating their latest albums. They pour not just their time and energy into these productions, but their hearts and their souls. After months of hard work, performances, and promotion, it’s time to put the final product to the test.

The GRAMMY Awards have a clearly defined timeline. For an album to be eligible for this year’s awards, it had to be released between October 1, 2021 and September 30, 2022. Entries were then submitted to the Recording Academy for consideration between July 18 and August 31. Once entries were verified as meeting all the criteria, the First Round of voting opened to Academy voters on October 13 and continued to October 23. This round was used to determine the five albums that would appear on the final ballot. The Final Round of voting took place from December 14, 2o22 to January 4, 2023 with the 65th GRAMMY awards set to be announced on Sunday, February 5.

One of the things that I absolutely love about the Children’s Music Community is the incredible amount of love and support that they show one another. There were dozens upon dozens of family music artists who submitted their albums for consideration and even though they may have been disappointed when their names weren’t called, within moments of the announcement of the five albums nominated for this year’s GRAMMY award, social media was flooded with congratulations and support from throughout the family music community. Over the next three weeks Kids Rhythm and Rock will be featuring each of the nominated albums along with brief interviews with the performers. Be on the lookout later this week when I shine a spotlight on Wendy & DB and their GRAMMY-nominated album Into the Little Blue House.