First recorded in 1726, the term Davy Jones’s locker has always called to mind images of a murky, watery grave inhabited by an evil spirit of the sea; and at first glance, this version from New Zealand’s Jackie B and the Mini Band is no different. Soon though, three fearful little pirates find themselves learning the importance of kindness and friendship. Jackie Bristow’s lyrics and music (including a haunting chorus that will draw listeners in and won’t let them go) combine perfectly with animation by Brad Goosen and illustration by Edmund Ifflen to create a visual adventure that elevates the song’s storyline, taking it in an unexpected direction. Rich with details, children will discover new surprises with each viewing.

Leave a comment jackie b and the mini band, video spotlight

“I choose happy, it looks good on me. I choose joy and I am free.” These are the opening lines to the chorus of “I Choose Happy,” the newest song from Birdie (California-based duo Teresa Gasca-Burk and Gary Burk). Sung while children play in the park, laughing, and enjoying being with one another, these lyrics, as well as the rest in this sweet, up-tempo song, encourage young viewers to embrace the goodness in life and share it with those around them – a message and reminder that we could all use once in a while. Watching this video, you’ll have no choice but to smile and be happy!

Video Spotlight – “Thanks to the Doctors and Nurses” performed by Daria

Welcome to the second of two videos in this spotlight series highlighting songs that have come out in this new phase of the pandemic-era. Following up Monday’s “Fauci Ouchie” is the latest single from Daria, “Thanks to the Doctors and Nurses.” With four decades of experience as a songwriter, folk singer, and ethnomusicologist, Daria uses her expertise as a pioneer in world music for children to create a beautiful tribute to the women and men who continue to work tirelessly to keep us safe and healthy, whether or not there is a pandemic. The unusual melody line of “Thanks to the Doctors and Nurses” takes unexpected dips and turns while being perfectly paired with engaging animation that features a diverse cast. This video will engage children and leave them wanting to show a little kindness by saying thank you to all of the doctors and nurses they encounter in their lives.

The coming week is going to be very interesting. After two years of masking and social distancing and vaccinations, we are now entering a new stage that basically says, “it’s ok to go back to life as you knew it.” For some, it’s a time of jubilation. For others, it’s a time of uneasiness. No matter your view on it though, I hope that we are all able to be respectful of one another’s decisions (to mask, or not to mask) and to show one another kindness in the days and weeks to come.

This week, as we work our way through this next stage in the pandemic, I am highlighting two recent children’s music videos. Today’s video comes from GRAMMY-winner Joanie Leeds and was just released on Friday. Featuring Joanie and her six-year-old daughter Joya, “Fauci Ouchie” is a fun, catchy tune with the goal of taking the scariness out of getting vaccinated. While the lyrics specifically mention the Fauci Ouchie, the song and video are general enough that it could be used for years to come to ease the fears of young children as they face the many vaccination shots that are necessary throughout their early lives.

I always enjoy it when an artist moves beyond their typical musical stylings and tries something new. That is exactly what Steve Pullara & His Cool Beans Band did recently with the video for their latest single, “Alien Babies From Outer Space.” This fun, quirky, electronica-filled tune is brought to life with retro-fueled imagery that recalls the early days of science fiction films. Children will love bopping around to the beat while watching the escapades of the adorably portrayed alien babies who are “coming to take us away!”

While everyday should be Mister Rogers Day, the official celebration as declared by Mister Rogers’s home state of Pennsylvania is May 23. Why May 23? It’s the 143rd day of the year which also happens to be Mister Rogers’s favorite number. But 143 is not just any random number. In fact it holds a lot of significance. For Mister Rogers, 143 symbolized “I Love You.” I is one letter long, love is four letters long and you is three, hence 143. Veteran children’s performer Andy Z has taken 143 and created a lovely song in the spirit of Mister Rogers and his philosophy of kindness and love. His video, “1 4 3,” explains the meaning of 143 set against a colorful, joyful animated background. As the normalcy of life returns, it’s more important than ever to remember that we need to continue to care about one another and show that care in big and little acts of kindness. Don’t just sit there, get out and spread the love! 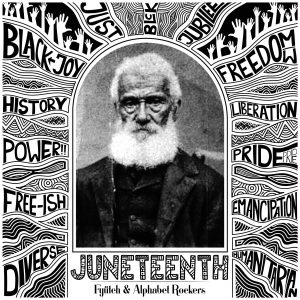 Video Spotlight – “It Always Could Be Worse” performed by Animal Farm

What began as a fun video to remind children to be grateful because the grass isn’t always greener on the other side, took on a whole new level of meaning during the pandemic. Released as a track on their 2018 album, We Are One, Animal Farm‘s “It  Always Could Be Worse” features a child (in the song)/a bear (in the video) bemoaning the fact that they woke up with a sore throat/had to ride in the backseat during a road trip/ate too much banana cream pie and got a tummy ache. In each instance the character is then approached by an animal who explains that they have things a little worse off. For example imagine having a sore throat when your neck is six feet long like the giraffe’s, having to fly everywhere like a bird, or having four tummy aches at a time like a cow. Each instance reinforces the message to listeners that “That’s right it always could be worse/Try an attitude of gratitude, it’s really not that hard!”

Based on a collaboration between Animal Farm’s David Ladon and Charlie Malave and Lily Emerson, the creators of the webseries Adventure Sandwich, the video for “It Always Could Be Worse” took a full year to complete and masterfully matches the quirky melody and lyrics with amusing cardboard (and a splash of digital) animation. Finished in February 2020 and originally slated to debut in April 2020, Animal Farm never imagined what was to come. By mid-March they chose to delay the release of the video because it didn’t feel right to be touting the message of “it always could be worse” while people were losing jobs and loved ones to Covid. At that time, Animal Farm chose a new date – June 2020 to release the video but again chose to move the date back because it didn’t feel right to debut it in the midst of the social unrest following the death of George Floyd. The next release date was scheduled for October 2020, but once again Covid cases were soaring and the time still wasn’t right. A fourth possible date for release was chosen – April 2021 and finally, the time was right. Vaccinations were on the rise, cases were on the decline, and the world started to feel a little less scary.

In his songwriting workshops for children, David talks about how our relationship to art changes as we change and his journey to release this video is a perfect example of that. “In the song and video, we use these silly vignettes about feeling uncomfortable to offer perspective on how things could be worse. But this last year has truly shown us how bad it can get. For me this song feels more relevant than ever as we navigate going forward and engaging with a world that has been scarred by the pandemic. Even for me as a performer and co-writer of the song, I find new meaning in it.” Enjoy the video below, then take a few minutes to reflect on how your view of the phrase, “Things Always Could Be Worse” has changed over the past year.