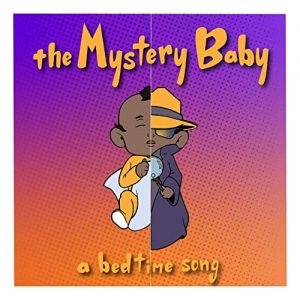 There are so many things about “The Mystery Baby” that just tickle me. In this unique take on a bedtime song, the cute storyline tells of a little baby who also dresses like an old school P.I. to fight the bad guys. In a twist toward the end of the song, viewers learn that the Mystery Baby doesn’t go out and about to do battle, but it is in his dreams where he conquers the scary monsters and that listeners can be heroes too – as soon as they go to sleep. The video features images that can also be found in the song’s accompanying picture book created by C.R. Sutherland and illustrated by Nick Decamino. The classic comic style illustrations perfectly capture the whimsy of the song while the smooth, jazz vocals provided by Felice LaZae give it a bit of that film noir quality. I look forward The Mystery Baby’s further adventures coming later this year.