What do Hanukkah and Andromeda have in common? After listening to the new song from Lard Dog & The Band of Shy several times, I’m still not quite sure, but I am here for it. Just in time for the start of Hanukkah, this little ditty takes the joy of the holiday and turns it up to eleven. Filled with silly, yet informative, lyrics (where else will you hear the words menorah, dreidel, and Spock all in the same sentence) “Hanukkah on Andromeda” tells listeners of the eight days and nights that are the Festival of Lights during this humanoid holiday. Performed with quirky abandon by lead dog Steve Erdman and featuring a klezmer-esque guitar break, this song is a sure fire way to get kids on their feet and dancing. Whether you take a close listen to the tune to learn a thing of two about Hanukkah, or just enjoy the frenetic, fun beat, “Hanukkah on Andomeda” is definitely a song to give a whirl this holiday season. 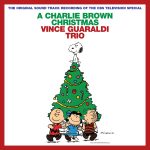 Welcome to the second annual Kids Rhythm and Rock Children’s Music Roundup! Oh what a year 2019 was for children’s music with a cornucopia of sounds, fantastic messages and moments of fun combining for a true wealth of musical riches, Whether you check the CDs out from the library or listen to them on your favorite streaming service, all of the albums below are definitely worth a listen (or two, or three…).

Best Animal Album Covers
Come for the covers, stay for the amazing music!

Based on a Podcast

We Only Have One Earth
These albums each contain several songs that celebrate the flora and fauna on this rock we call home.

The Long and the Short of It

Thank You, and Goodnight!

Listening to “Marley Sitting on a Pumpkin Seed” has had me thinking a lot about the role that pumpkins have played in my life. Growing up, pumpkins were a big deal at our house. We would grow our own pumpkins, carve them for Halloween and the very next day my mom would cook them down and freeze the pumpkin to be used for pies at Thanksgiving and bread at Christmas. While many folks around us would bake their pumpkin seeds to eat as a snack, we would dry ours out to plant the following year.

As an adult, sometimes we grow our own pumpkins and other times, like this year, we go to a local pumpkin farm and pick some out to take home. Now, rather than carve our pumpkins, we sit them in the front yard and project videos of singing jack o’lanterns on them during Halloween and use them as decoration leading up to Thanksgiving. This November though, the squirrels had a different plan and within two weeks post-Halloween had eaten so much from the inside of the pumpkins that they collapsed in on themselves (the pumpkins, not the squirrels). My husband decided to put the fate of the pumpkins in Mother Nature’s hands and dumped the whole pulpy mess in the garden to see if any of the seeds will surprise us next summer by taking root all on their own.

In Simon Stanley’s recently released bluegrass-infused single, “Marley Sitting on a Pumpkin Seed,” a little tiny girl is sitting on a seed while listening to the music blowing in the breeze. This lyrical video features a lovely image of Marley, created by Auckland designer Rebecca Ter Borg. In the song, Marley is introduced to various instruments while the melody encourages viewers to clap and tap along. Listening to this upbeat ditty, I just close my eyes and imagine that there is a tiny Marley or two enjoying my pumpkin seeds and the music in the leaves as they continue to fall from the trees. “Marley Sitting on a Pumpkin Seed” is the perfect way to bid fall farewell.